Why Does Sex Matter in Marriage? Pt. 1 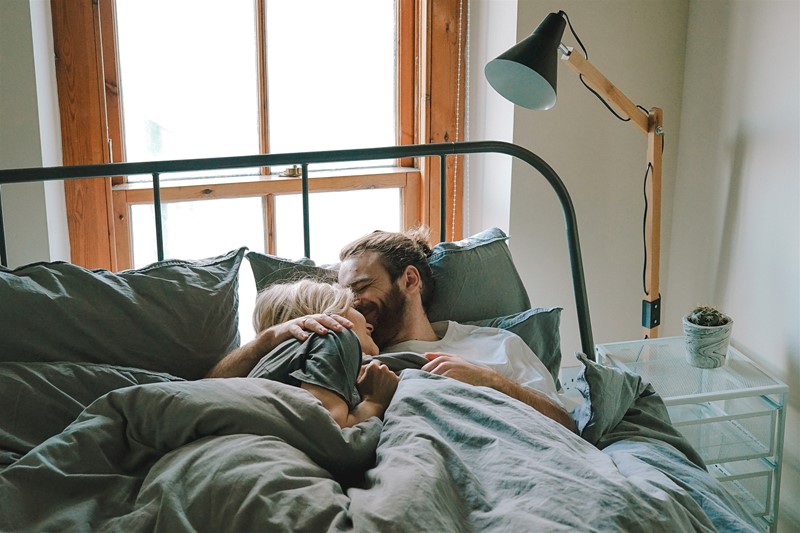 Most of us have been told that sex in marriage is important. But why does it matter? For many of us, sex may just be “meh” or tend to cause more division in our relationships than unity.

The reality is that sexual issues are always among the top reasons for marital conflict and even divorce. Many couples fight about sex, and they don’t know where to go for answers. In addition to the marriages that dissolve because of sexual infidelity, many more couples endure decades of sexual disappointment. Often, even when sex is a regular part of a marriage, one spouse can feel like it’s more of an obligation owed to the other.

One of the most profound truths I’ve learned about marriage is that a “so-so” sex life is not God’s plan for any marriage. God cares about your sexual relationship.

I Corinthians 7:3-5 is often used to justify the importance of sex in a Christian marriage. Paul writes:

The husband should fulfill his wife’s sexual needs, and the wife should fulfill her husband’s needs. The wife gives authority over her own body to her husband, and the husband gives authority over his body to his wife. Do not deprive each other of sexual relations, unless you both agree to refrain from sexual intimacy for a limited time so you can give yourselves more completely to prayer. Afterward, you should come together again so that Satan won’t be able to tempt you because of your lack of self-control.

At first glance, this passage seems to simply say, “You owe each other regular sex because you will be tempted to stray if you neglect your sex life.” But what Paul is actually saying, in context with other passages on marriage, is far more profound. Sexual intimacy between a Christian husband and wife is to be viewed as a mutual gift exchange. It is a profound way that a man and a woman say with their bodies, “I give myself completely to you.” In sexual intimacy, husband and wife engage in a physical celebration with their bodies, marking the covenant they have made to one another. Some theologians like Timothy Keller describe sexual intimacy as a sacrament: a physical way that we remember a spiritual truth. This is why God created sex to be holy, vulnerable, pleasurable, and frequent within marriage.

Unfortunately, that is not the experience for many married couples. Instead, sex often represents feelings of resentment and fear.

You don’t have to look very far to see that sex is messed up in our culture. All around us is evidence of how God’s beautiful design for sex has been vandalized. Satan distorts sexuality by tempting us to separate the spiritual and relational significance of our sexuality. Pornography, hookups, and prostitution are obvious examples of this destruction. Yet we often don’t realize that a Christian marriage is the most powerful place to reclaim all that God created sex to be. Marital intimacy is the one place where we get to play “offense” in a spiritual battle where we so often feel defeated by counterfeits.

When Christian couples settle for subpar intimacy, they give up a tremendous opportunity to honor God within marriage. Most couples don’t just decide to “not like sex,” but they settle because they are confused about how to take steps toward health and wholeness.

A great place to start working on your sex life is to prayerfully ask yourself and your spouse, “How have we allowed Satan to rob us of God’s best in the area of our sexuality?” Jesus said that Satan is the father of lies and that lying is his “native tongue.” This also applies to how he confuses us about sexuality. What lies have you believed about sex that keep you from experiencing God’s best for you in this area of your marriage? What is God’s truth?

You may also want to check out the following resources: Stop “Hooking Up” in Your Marriage; Your Marriage Should Be Fun; Java with Juli #151: The Naked Truth About Sex in Marriage (member exclusive episode)

Why Does Sex Matter in Marriage? Pt. 2

For the past decade, my full-time job has been to address sexual issues from a Christian perspective. Knowi...

by Dr. Juli Slattery Sometimes I joke about things I am "addicted" to. Coffee and dark chocola...

Image Courtesy DOCS-ology/I Survived IKDG Recently, the evangelical world has been rocked by the news of...